Upon attending a lecture entitled 'Race and Scripture in Australia'

I've just come home from a stimulating and learned public lecture offered at Pilgrim Theological College by a wonderful young historian, Meredith Lake. Meredith writes and thinks about the possibilities for reading the bible 'against the grain' of its racist deployment in 'Australian' society. She draws upon her historical research to offer precedents for doing so from both colonists and Indigenous people. I'm grateful that Meredith is doing this work, since the vast majority of white scholars and theologians within the churchly academy steadfastly refuse to engage that history, even to this day. The conversation Meredith's work provokes is an important one for the colony to have.
That being said, I want to share with you something of my experience of being present at this lecture and the conversation that followed. I do so primary to make make sense of my own feelings. But there may be something of value here for others to reflect on as well.
I came away with a very strong impression that I had somehow stumbled upon a conversation that was not really mine to participate in. It was a conversation for, and between, colonists. It was a generous conversation, to be sure. The participants included more recent arrivals to these shores. But it was not a conversation designed to include our mob, except in an abstract, 'othered', sense.

It was clear from the beginning that I wasn't really supposed to be there, at least not as a trawloolway man. The language of the 'acknowlegement of country' assumed that the attendance of an Indigenous person was normally only a remote possibility. 'We acknowledge any Indigenous people who may be with us this evening'. Now, the person who said this knew I was there and, in fact, I was directly in her line of sight. But she could not bring herself to address or name me personally. I was othered. I was abstracted. I was signed as someone without personhood or agency in that particular room.
And the lecture itself - notwithstanding its undoubted importance for the intra-colonial conversation - did not really speak to or with Indigenous people. Whilst Meredith gave a brief account of the apparently bible-inspired actions of Billibellary, William Barak and Simon Wonga at Correnderk mission (where some of my own family lived as well), and the theological work of (unamed) Aboriginal persons at Wybalenna (where some of my family were imprisoned) their living words were not cited. Nor did Meredith quote any Indigenous scholars, living or dead. So we heard about mob. But we did not hear from mob. Which is what colonists do when they are talking to other colonists. 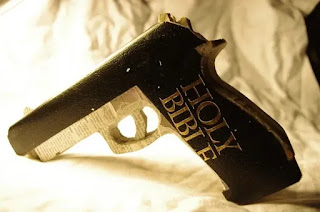 So this was an occasion for colonists to discuss their crimes with each other and consider how to deal with their guilt and find appropriate precedents for more positive action. An important conversation, there can be no doubt.
Still, I cannot help but dream of a day when churchly colonists might be able to transcend their self-referential illocution and speak with us, rather than about us. Not just as a one-off nod to the other and the exotic, but regularly, and continually, as if we were human beings equally capable of intelligent agency in the imagining of a shared future which will work for us all.
Even as I write that I hear the voice of Chelsea Watego in my ear saying something like 'Stop kidding yourself Garry. It'll never happen. Consider this another day in the colony and be done with such unrealistic and naive hopes.' Oh that I could, Chelsea, oh that I could! Unfortunately I'm afflicted with some of the same biblical dreams and nightmares as many of my fellow Christians. And I can't get them out of my head. I don't think I could repent and turn back, even if I tried. So, for the moment at least, I continue in longing. And I hope, against hope, that my yearning is conditioned and put into play not only by the oracles of holy writ, but also by country and by the ancestors who whisper to us from her gnarled and fragile forms.
Garry Deverell

Since writing this little response, I've received conciliatory notes from Dr Lake, and from Associate Professor Melanchthon, who did the acknowledgement of country. Our correspondence included apologies as well as an acknowlegement that colonial attitudes and assumptions insert themselves into almost everything we do, even when be believe we are being vigilant against them. I am grateful to them both for their willingness to reflect and apologise, but also for their forebearance in the face of my determination to say out loud what most mob merely suffer in silence.
Posted by The Gazmeister at 01:18