Earlier this week a friend shared with a me a report that is to be considered at the Synod of the Melbourne Anglican diocese later in October. It can be found in the booklet 'Part-B-Final.pdf' on the Synod website, and runs from pages 22-25.  It is titled 'Next Steps for Reconciliation' and it is signed by Bishop Kate Prowd in her capacity as the 'Chair, Reconciliation Action Committee'.  The report is significant because it represents the diocese's first and only response to the motion Glenn Loughrey and I successfully put to the Synod meeting in October 2019.  That motion read:

Glenn and I were forced to bring this motion to the floor of Synod because the Archbishop had, to date, made no response to either the review of the Reconciliation Action Plan (RAP) tabled by his own RAP committee or the subsequently offered Statement to Provincial Leadership tabled by the Aboriginal Council of the Anglican Province of Victoria (ACAPV). These documents, each in their own way, invited both Diocese and Province into a dialogue with the Aboriginal clergy of our church about ways to give concrete and practical form to the notion of 'reconciliation'.

After the motion was passed, very little seemed to happen.  Two months after the date when Archbishop-in-Council was supposed to have made an interim report to Synod members about progress on the motion, the members of the Archbishop's RAP Group were asked by Ken Hutton (the Archbishop's EA) to make some clarifying remarks as part of the preparation for a prospective AiC report on the matter. Glenn and I did so in writing, but heard nothing more until an ad clerum appeared from the Archbishop in May of this year advising that 'Our diocese is reframing its action plan for reconciliation under the leadership of Bishop Kate Prowd' and inviting parishes who are interested to join in the work of a newly established RAP Working Group of Archbishop in Council.

I've recently been in touch with the seven other members of the previous RAP Group. Of those who chose to respond, only one person seemed to have known beforehand that a new RAP Working Group was being established. No one from the Archbishop's office or his Council has, in the meantime, been in touch to advise us on what the plan is. We are currently seeking clarity on that. The new report to Synod appears to imply that the old RAP Group is being replaced.

So that is some of the background.

But now I'd like to make some specific observations about this new report, prepared by Bishop Prowd for the October 2021 Synod. 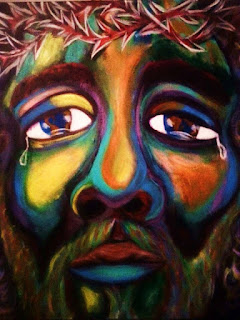 If any of this issues in reparations and the return of stolen land, the elevation of Indigenous voices and perspectives, and greater attention being given to our status as First Peoples in the whole business of the church, I will obviously support the Diocese in what it claims to be trying to do.
For all that, I find it very difficult to believe that our diocesan leadership has any real care for our people or really wants to work towards something resembling justice.  I say that because at no stage in the past four years has anyone from the Episcopate or Archbishop-in-Council or Provincial Council troubled to pick up the phone, or send a letter or email, or in any other way initiate a meaningful dialogue with the church's own Indigenous people about what we think, feel or pray for. On two occasions Glenn and I were able to speak briefly to the Archbishop about some of the written proposals we had already tabled as part of our work with the RAP Group and the ACAPV. On both occasions it was made very clear that what we had proposed was unacceptable and that no more correspondence would be entered into about those matters.  So there was no dialogue. There was simply a laying down of the law by the Archbishop and a call to compliance. This has been the pattern for the past four years. Either a refusal to talk with us, or rebukes from the Archbishop.

From where we stand, therefore, it is actually very difficult to see the proposed initiatives as anything other than a public relations exercise. The church wants to look good in public, and to be seen to be doing the right thing. It claims to be 'open to further discussion.' All the while it continues to ignore, lecture and exploit its own Indigenous people, just as colonisers have done since they first arrived.  'By their fruit you will know them' (Matt 7.16). We see no fruit. What would good fruit look like? It would look like the measures we, as Aboriginal clergy of this province, have put on the table for consideration.

It is not surprising, then, that the diocese has no Indigenous candidates for Holy Orders. This is not the kind of church in which Indigenous people, least of all clergy, will be valued.

I sincerely hope that I will be proven spectacularly wrong about all this. But, in speaking with some of our older, now partly retired, Aboriginal clergy, the disrespect evident in current ecclesial leadership is completely consistent with the disrespect of those who led us in the past. We do not feel, therefore, that we can allow ourselves the luxury of hope.

All of which fills me with a deep, deep sadness about how far the church has strayed from the call of Jesus to love one another, especially the last and the least.

And now a few final comments for the sake of the public record.

Glenn did not know that his report to the diocese would be incoroporated into the 'Next Steps in Reconciliation' document from Bishop Prowd. He feels that this incorporation might be read as evidence that he is in lock-step with the rest of the report. He is not.

The Mullum Mullum Indigenous Gathering Place was puchased from the church with more than 5 million dollars of government money. Glenn and I had strongly suggested that the diocese simply hand it back as an appropriate act of reparation for past acts of thievery.

The primarly reason why the ACAPV has not met for some time has little to do with the pandemic. Rather, the Council was set up as a body that might dialogue with the Provincial Council and Diocesan Bishop's Councils about Indigenous matters in reponse to our written invitation. We have not yet received a response from any of these bodies indicating that they wish to commence a meaningful dialogue. Once we get a 'yes, we'd like to dialogue' from one or more of these bodies, there will be a reason to meet.

Email ThisBlogThis!Share to TwitterShare to FacebookShare to Pinterest
Labels: Anglican Diocese of Melbourne, Next Steps in Reconciliation